A short while ago Taurus released a new revolver in .40 S&W. The model 405 uses moon clips in order to accommodate this semi-auto round. This is Taurus’s first venture into this type of revolver. The 405’s are slightly smaller than a S&W K frame in size with a two inch barrel. It holds five rounds of 40 caliber ammunition.

Construction is stainless steel with a fully shrouded barrel. The version I received for review has a hammer but I understand a hammerless version is in the works. The 405 comes with five moon clips as well as two keys for the safety system. The grips are standard Taurus ribbed rubber grips. The sights are fixed plain sights. The trigger is wide and smooth which felt good when firing the revolver. The cylinder locks up tight thanks to the standard rear lockup as well as an additional lock at the front of the cylinder. Both locks are freed when the rear release is activated. The cylinder to forcing cone is a very close fit as it should be.

The fit and finish is very good. The single action trigger pull is good but the double action pull is rather heavy at 13.5 pounds. I imagine after a good deal of use it will lessen somewhat. The Taurus also has the usual transfer bar safety should you release the hammer while manually cocking the gun. I did have a problem with this revolver. I’m not sure if it’s a combination of the ammunition brand and type or the gap between the rear of the cylinder and the frame and or the thin moon clips. I used both Federal 180 grain flat nose and Blazer 165 grain round nose ammunition. I started with the Federal 180 grain ammunition which, on average, locked the cylinder once every two cylinders fired. When I used the 165 grain Blazer there were no problems at all.

There are several possible reasons for these malfunctions. I noticed the moon clips are very thin and easily bent. On older S&W revolvers the moon clips are thicker and pretty sturdy. In fact most need a tool to remove the brass from the clips. This is not the case with the Taurus moon clips. The brass was very easy to remove after the rounds were fired. After experiencing this failure several times I loaded one clip with empty brass from the Federal ammo and one with the Blazer ammo. I held the gun close enough to hear any binding between the brass and the rear of the frame. There was a scrapping sound when I rotated the cylinder with the Federal brass while there was no sound with the Blazer brass.

Something else I noted with the Federal ammo was the empty brass was rather hard to eject while the Blazer came right out when ejected. Now this would tend to make me believe the ammunition not agreeing with this revolver caused the problem. Another thought that crossed my mind was the thin moon clips. These thin clips could bend just enough to bind with the 180 grain ammunition. This revolver is an early production model but I hesitate to blame the gun considering the above rather unscientific test I performed. By no means would I say stay away from this revolver rather I would advise a new owner not to use the Federal 180 grain ammunition without test firing it extensively.

The revolvers unique size makes it difficult to find a holster for it at this time. Some universal holsters for medium revolvers will fit. I have a couple of these, which worked fine. I also tried a leather belt slide holster for a S&W K frame. The Taurus fit but a bit loosely. If you have a K frame holster with a thumb snap you should be good to go. I’m sure several holster companies will have holsters for the 405 fairly soon.

I’ve covered the ammunition I used for the range session so there’s no need to be redundant.

The recoil was stout considering the 29 oz. weight of the revolver. In fact when firing the 180 grain load it was a bit unpleasant after 50 or so rounds. With some of the current defense loads in lighter bullet weights recoil shouldn’t be a concern. While I did have a problem with the Taurus I tend to lean more toward an ammunition cause rather than the gun itself. Overall with the right defensive ammunition this would be a viable option for home or personal protection. The price is also half what a S&W would cost for those on a budget.

This Taurus fires a very effective round so for those who prefer a revolver you might want to check this model out. 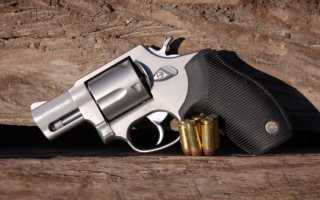 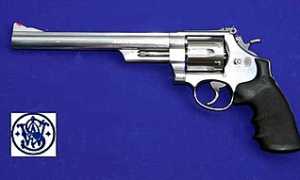 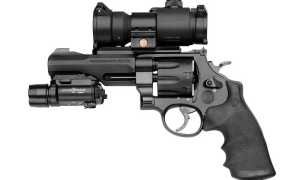 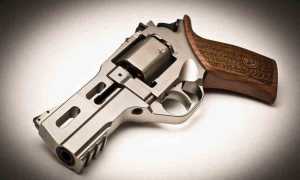