Time can be a very harsh judge of a newly introduced shotgun. Remingtons 105 has an interesting history, to put it mildly. Apparently intended to be introduced in 2005, it was delayed until 2007. In 2007, it won the Shooting Sports Industry Academy of Excellence Shotgun of the Year Award. Though quite a mouthful, some of these awards are beyond meaningless. So it was with the 2007 105CTi, a model that quickly gained a reputation, not at all a favorable one. Originally announced as a $1200 retail product, its price ballooned to $1500 in short order. For 2009, the revamped 105 retails for $1559.

The 105 originally had a Trinyte metal finish. Though unchanged, it is now called Armorlokt by Remington. Though the original 105 bragged of crisp 3 1/2 -to 4-lb. trigger pulls it was wishful thinking. This tested article breaks right at 4-3/4 lbs. Not what was originally claimed, but nevertheless a very good trigger, better than most factory shotgun triggers, and one thing we liked about this 105 CTi II right away.

The 105 weighs in the area of 7 lbs. 10 ounces. No, it is not the 7 pounds claimed by Remington on their website, nor is it the 7.3 lbs. now stated by Remingtons current presentation materials. But, it is a well-balanced, nimble handling shotgun that is clearly lighter than similarly configured 1100 and 11-87 shotguns. Losing about half a pound from its predecessors is an accurate representation.

The rework of the 105 II is substantial. According to Remington, we have trigger plate changes, action sleeve changes, action sleeve seal changes, and bolt head changes. On top of that, we have barrel assembly modifications including gas cylinder changes, carrier, and carrier buffer changes. The short version is the generous use of nickel plating and Teflon coating on many of these parts, along with improved gas seals. The 105 now includes a length of pull kit, giving the shooter three one-quarter inch spacers to add if desired.

Remington now makes clear what this gun is designed to operated with: «2 ¾ in. 3 dram, 1 1/8 ounce loads on the low end, 3 in. 1 3/8oz at 1450 fps loads» on the high end. For maximum reliability, 200 shots with the factory applied break-in lube is suggested. What is an open question is what realistic cleaning intervals really are; the manual tells you to clean after every use. That means yanking the trigger group (needed to remove the breechblock), and disassembly of the complete bolt assembly. This is covered in the manual in over 70 documented steps to disassemble, clean, and reassemble the 105CTi II over five pages.

We all felt that the 105 II was both lighter handling and softer shooting than 1100s. We all liked the speed-loading, the speed-unloading and the upscale trigger. Though a reasonably attractive firearm, the number of Rs popped on the gun, and the 105 CTi impressed into the forearm was a bit much. The walnut was good quality, with distinct mineral streaks. The wood to metal fit was consistent, using a bit of proud wood on the buttstock to receiver area apparently by design.

The 105 II is a very smooth shooting and smooth handling 12 gauge, to be sure. We all enjoyed shooting it, and we all like the bottom ejection that distinguishes this gas-operated shotgun more than any other single feature. Despite thoroughly enjoying this gun, and having no initial reliability issues with our B & P F2 1-1/8 oz. loads (along with the turkey loads we were patterning at the time), we are left with some lingering questions. The next range day saw failure to eject, failure to feed issues, and failure of the bolt to stay locked open after the final shot. Though it may sound like multiple problems were going on, it essentially was one thing, sluggish bolt speed, inadequate bolt momentum to fully open the bolt which causes all of these problems, and did just that about 40% of the time. An all too common sight, despite going through the 105’s break-in procedure and sticking with 1200 fps or better from a variety of manufacturers. About 40% of the time, our broken-in and repeatedly cleaned 105 was a single shot. We think that the 105’s chances of long-term survival are nil.

Yet, these are with very high quality 1-1/8 oz. B & P F2 Legend shells, not weak, light, or cheap promo loads. They are the same type of shells Remington tells us to use for best results during break-in. Specifically they recommend their own Nitro 27 loads. A half case of 1235 fps 1-1/8 oz. loads should reasonably break-in a gas auto. In this case, it clearly didntthe gun remains unreliable. It is a fussy gun, with a non-compensating gas system. Are the barrel ports undersized for the application? So it seems, but in any case it is a very unforgiving gun compared to a Beretta 390, a Browning Gold, or a Remington 1100.

We arent really sure where this gun fits into the market; for that reason we have a somewhat dim view of its long-term changes for survival. If the goal is a waterfowl gun, we dont see how the walnut / blued configuration, which we generally prefer, allows it to compete well against the less costly Winchester SX3, Browning Silver, and Browning Maxus models. We dont see how this platform can easily be extended to offer 3-1/2 inch shell capability that the Browning Gold had in certain models (the Maxus does as well), the Beretta Extrema has and naturally the Benelli Super Black Eagle has long had.

The 105s narrow range of (theoretical) shell function is really quite adequate for most hunting purposes, but 1 oz. loads long handled by the Browning Gold, Beretta 390 / 3901 / 391, and now by the Benelli Vinci seem out of the 105s design parameters. Not a plus on the dove field or the skeet field where 1 oz. shells are often the norm, rather than the exception. Though lightweight compared to most 1100s, it still is substantially heavier than the Benelli Vinci, Browning Maxus, much less the Benelli Ultralights that have gained some favor with the walk a lot, shoot a little type of hunting enthusiasts.

The 105 CTi II’s action was one of the filthiest and quickest-fouling in recent memory. The manual covers the over 70 documented steps to disassemble, clean, and reassemble the 105CTi II over five pages. Some days it came close to being «almost reliable» but most days it came nowhere close. Remington customer service was non-responsive despite repeated phone calls and e-mails. It is hard to believe than an expensive autoloader is unleashed to the unsupecting public not once, but twice, with what only can be considered inadequate if not incompetent testing and quality control.

Our best guess is that for reliability, the 105 will need a thorough cleaning every 250 shots or so. With a cleaning sequence that is fairly lengthy, it does not seem to compare favorably with other autoloaders. While on the list of features, Remington, while adding the length of pull option, has not seen the need to implement adjustable drop or cast shims that have been out for several years by now from other makers.

The price point of over $1550 retail is not what we would call aggressive. It will take a lot of convincing to win over potential 3901, SX3, and Browning Silver shooters to part with the 50% extra green for this model. Even Remington brand fans might have a tough time opting for this model over a $772 11-87, or an $1105 Sporting 12 1100 as a clays gun. Fans of George Lucas inspired styling may opt for the new Benelli Vinci rather than this less radical radical Remington.

It may seem like a peculiar way to assess a new Remington that we all enjoyed shooting; I suppose it is. A serious problem is the branding of a botched-up firearm that is reintroduced. This isnt just Remington, by any means. The Browning 500 (later renamed the 500R) was initially a problem gun. It never recovered from its flawed initiation period. The push-feed Winchester Model 70 rifle never recovered from its initial bad rap compared to its predecessor; though it did go through substantial refinements and became a very good rifle, the public never seemed to forgive Winchester. The writing was on the wall for the push-feed Model 70 as it was for the Browning 500.

The Remington 105CTi II, despite its smooth, pleasant operation is five hundred dollars too much and five years too late to have any mainstream impact. We dont doubt that Remington has done a fine job upgrading the 105 into what it should have been initially, based on our test gun, they failed to cover it thoroughly enough. Perhaps a case of 1-1/4 oz. loads with a through cleaning thereafter is what it takes to put reliability into this gun? Too early for us to tell, and while we feel that drilling a gas port would likely suffice, we are not in the mood to modify a factory $1550 retail item, and it isnt easy to sand metal back on.

We also have little doubt that its clumsy but necessary cleaning procedures, lack of wide load-cycling ability, and one model option will send it into obscurity in short order, joining the notable autos of times past that despite their fundamentally strong designs and build quality (i.e., original Winchester Super-X Model 1, Browning B2000) have left us perhaps too quickly for more efficiently produced, versatile models with broader appeal. Finally, the current Remington CTi II is burdened with the legacy of the late and not so great original CTi that won no new hearts. 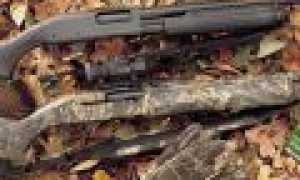 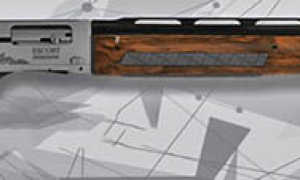 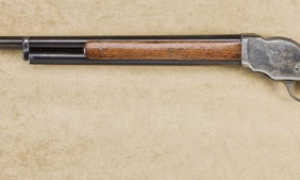